How to import a pure payload into Wireshark

It can happen that we have a payload for a protocol, but we don't know anything from lower protocols. We are interested in the upper protocol (i.e., for debugging/improving a dissector) but we are not interested in crafting a complete packet with the full protocol stack. This page is a quick tutorial on how to do that with Wireshark 2.9.0 and beyond.

For explaining how to leverage this feature, I will take an example protocol: Protobuf, but this applies to any dissector/payload. Let's imagine I have a payload describing a Protobuf payload, but without the lower protocols. Protobuf is a nested protocol and manually crafting a containing packet can be tricky. I'd like to call the protobuf dissector directly.

First, I have to open Wireshark and click on File -> Import from Hex Dump. 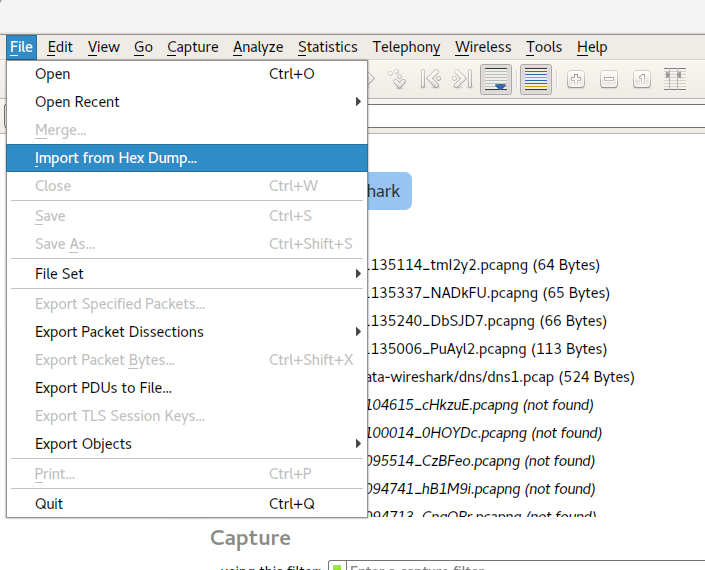 Second, I have to click on Browse and select the file containing the payload. 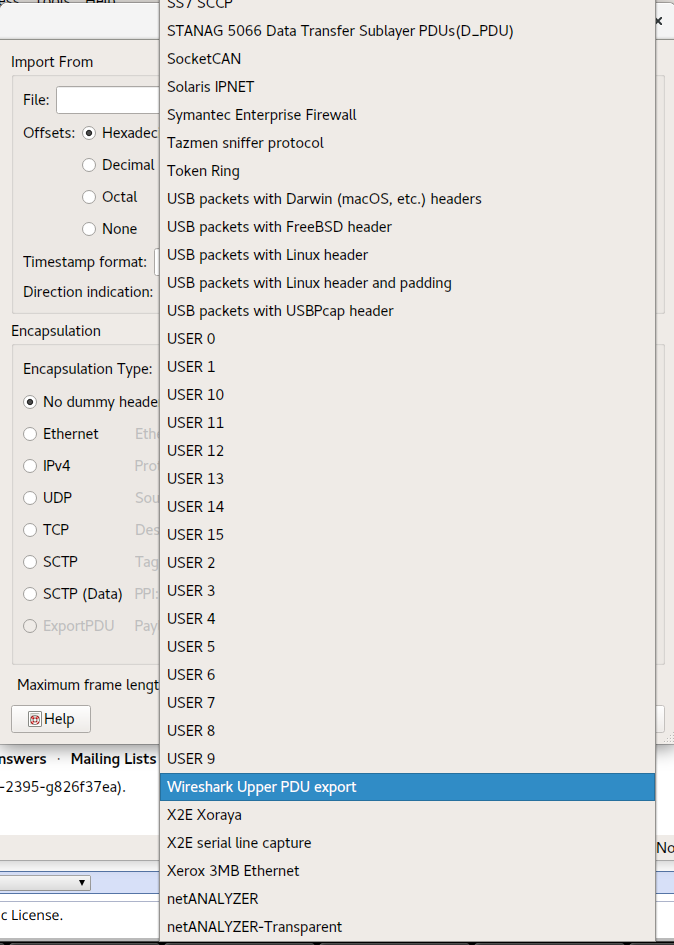 The payload must be compatible with the formats Wireshark understands. More details here. A payload can be written by hand with a text editor, or can be exported from Wireshark by right-clicking on the protocol we want, and selecting Copy -> As Hex Dump. 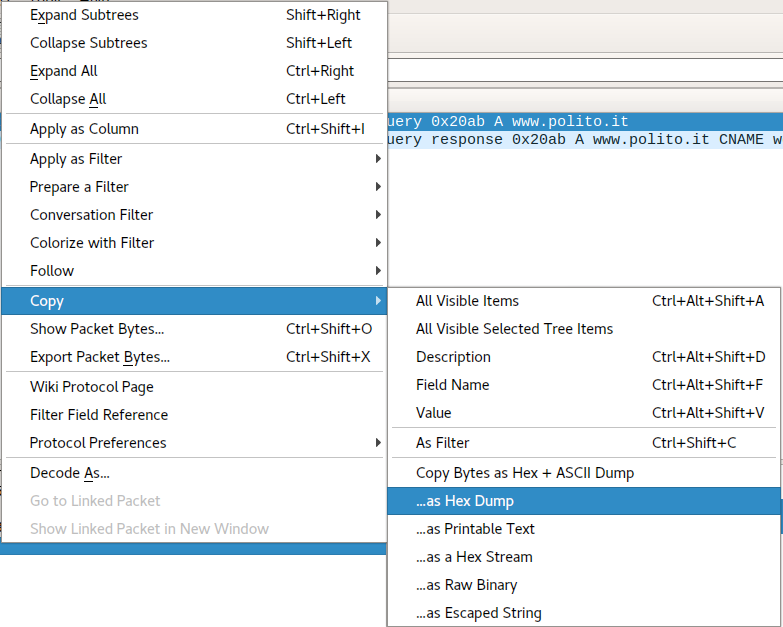 Now, in the import window, we can choose an encapsulation type. Since this is a pure payload, the encapsulation we need is Wireshark Upper PDU export. By selecting this option, a new dummy header will became selectable: ExportPDU: payload. This encapsulation type will tell Wireshark that we have Exported PDUs, and the dummy header will add an header with 1 tag before our payload: the name of the payload that will follow. This will tell Wireshark that the payload that follows the header is to be dissected using the named dissector. 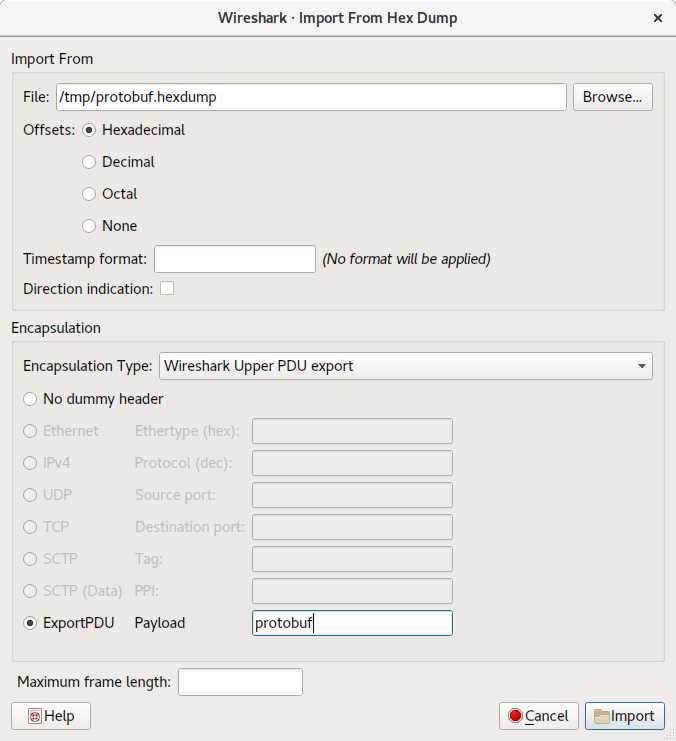 We are a one step only from dissection: just hit OK and Wireshark will open our payload using the dissector we want!