Since then, there have been no changes to the SSTP message syntax.

Since SSTP uses HTTP over SSL to encapsulate L2 frames, TCP is used as Transport Protocol. The well known port for HTTP over SSL is 443. 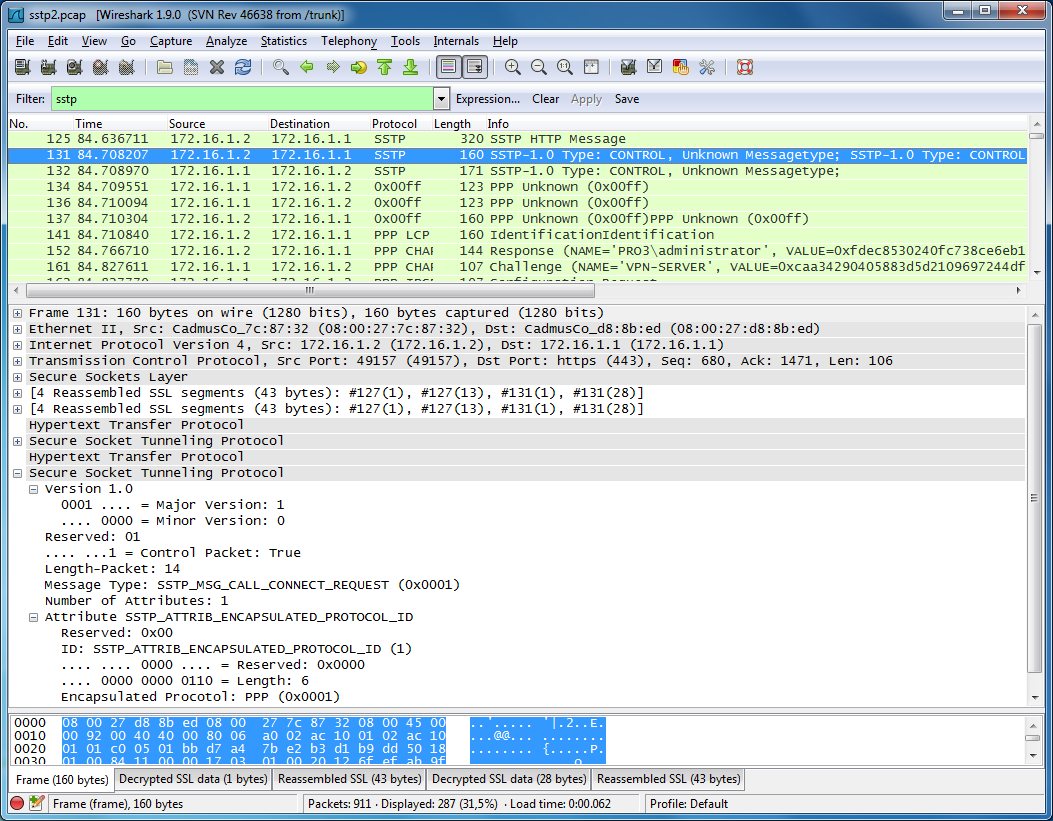 There are no preferences for SSTP.

To use the sample captures file, you must use the pfx file to decrypt the ssl traffic. 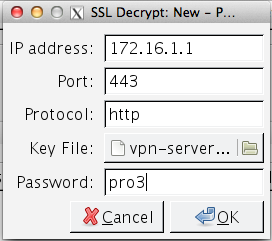 Both the pfx file and the sample capture are in the archive below.

You cannot directly filter SSTP protocols while capturing. However, you can filter on TCP port 443. Since this will also capture regular https traffic, it's not recommended.

The SSTP dissector was merged into Wireshark in February of 2015. Thus it is available in versions 1.99.3 and later.