The frame protocol isn't a real protocol itself, but used by Wireshark as a base for all the protocols on top of it. It shows information from capturing, such as the exact time a specific frame was captured. You could think of it as a pseudo dissector.

This feature has existed for a long time in Wireshark.

This pseudo-protocol doesn't run atop other protocols.

All capture files include this pseudo-protocol, so specific examples aren't useful.

The frame dissector is fully functional. 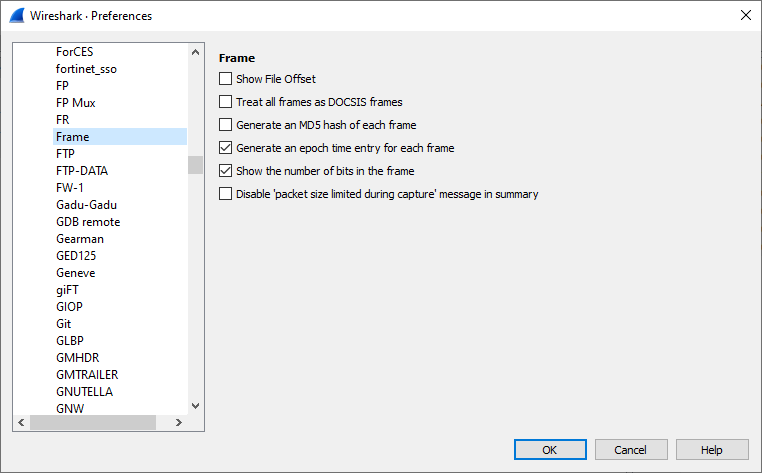 "Show File Offset" adds a file offset to the frame tree, and "Treat all frames as DOCSIS frames" forces each frame to be dissected as DOCSIS. See CaptureSetup/DOCSIS for more information.

Preferences are also available by right clicking on a packet:

All capture files include this pseudo-protocol, so specific examples aren't useful.

A capture filter for the frame pseudo protocol wouldn't make sense, as it would have to accept all packets and reject no packets.