When Wireshark can't determine how part of a packet should be formatted, it marks that chunk as "Data". This can be caused by the following:

The concept of "data" predates networking protocols and is outside the scope of this page. For a complete discussion, see the the Wikipedia entry on data.

The data dissector doesn't directly depend on any protocol, but it can show up in any packet. 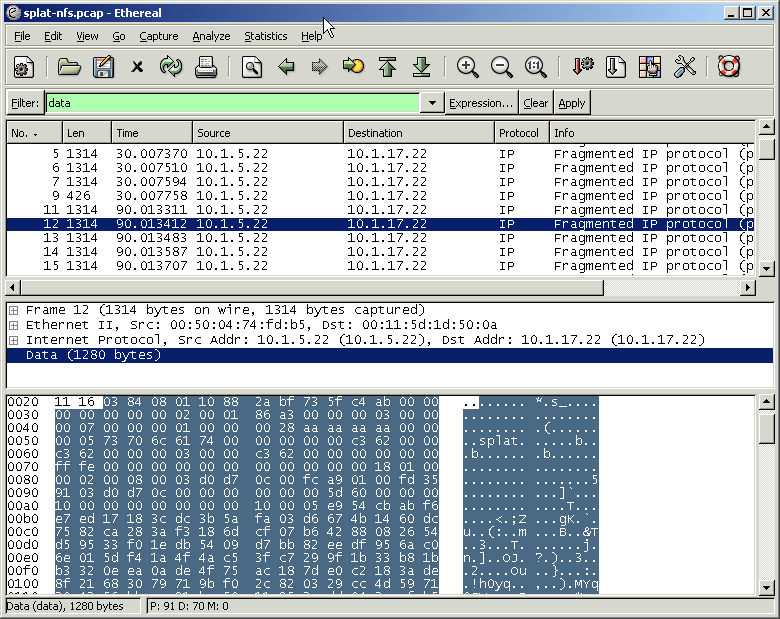 The data dissector is fully functional.

There are no preferences for the data dissector. However, protocol preferences and other settings described above can affect its display.

Show only packets where un-decoded data is present:

Look for a specific URL in HTTP data: