BACnet, the ASHRAE building automation and control networking protocol, has been designed specifically to meet the communication needs of building automation and control systems for applications such as heating, ventilating, and air-conditioning control, lighting control, access control, and fire detection systems. The BACnet protocol provides mechanisms by which computerized equipment of arbitrary function may exchange information, regardless of the particular building service it performs. As a result, the BACnet protocol may be used by head-end computers, general-purpose direct digital controllers, and application specific or unitary controllers with equal effect.

The BACnet protocol specifies transport over a number of datalink layers including ARCNET, MS/TP (RS-485), PTP (RS-232), LonTalk, and Ethernet. BACnet also specifies communication over UDP/IP which is known as BACnet/IP. Other datalink layers are proposed.

A brief BACnet history can be found at http://en.wikipedia.org/wiki/BACnet 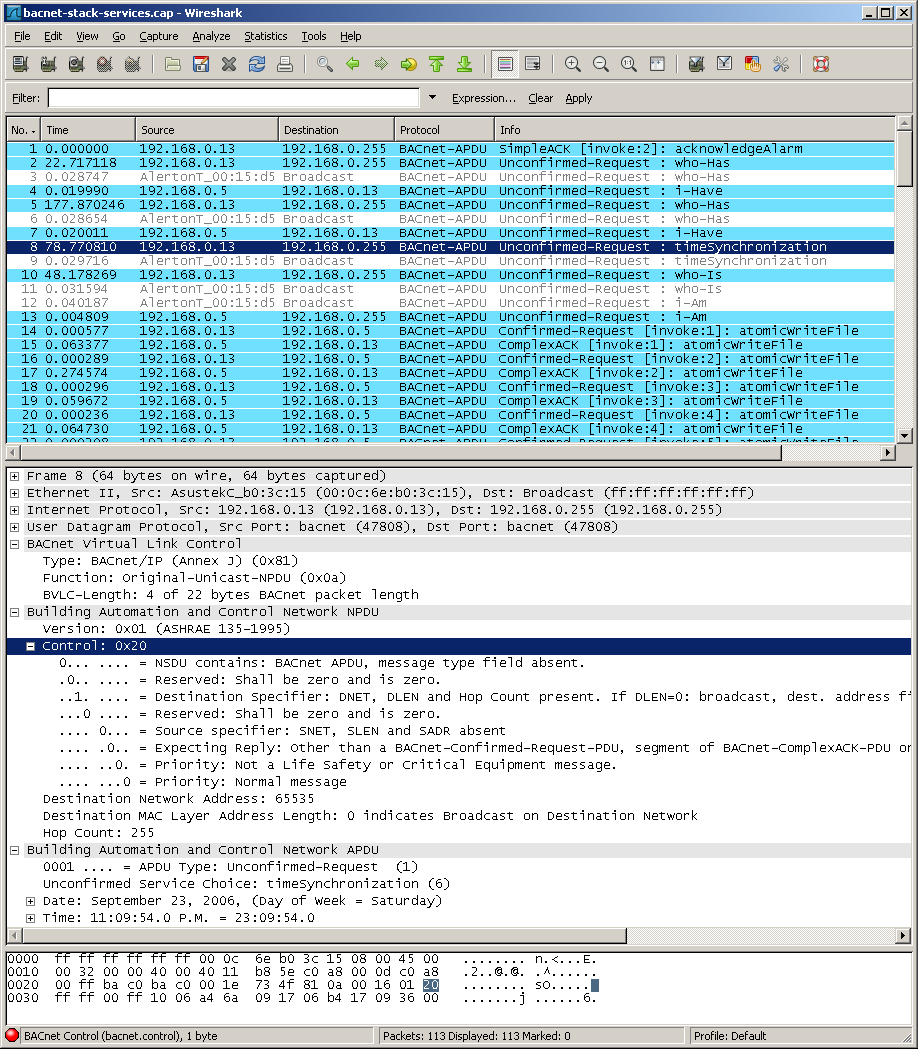 The BACnet dissector is fully functional.

The dissector has no preference settings.

Here is a simple example capture file of some BACnet services generated by the BACnet Stack at SourceForge:

There are some sample BACnet capture files at:

Show only the BACnet based traffic:

You cannot directly filter BACnet protocols while capturing. However, if you know the UDP port used (see above), you can filter on that one.

Capture only the BACnet/IP traffic over the default port (47808):