With OpenVPN, you can tunnel any IP subnetwork or virtual ethernet adapter over a single UDP or TCP port. It uses all of the encryption, authentication, and certification features of the OpenSSL library to protect your private network traffic as it transits the internet.

For TLS authentication OpenVPN uses a custom security protocol which is described here on this WIKI page. This protocol provides the SSL/TLS connection with a reliable transport layer (as it is designed to operate over). It's second job is to multiplex the SSL/TLS session used for authentication and key exchange with the actual encrypted tunnel data stream.

I couldn't find any historical information about this protocol. 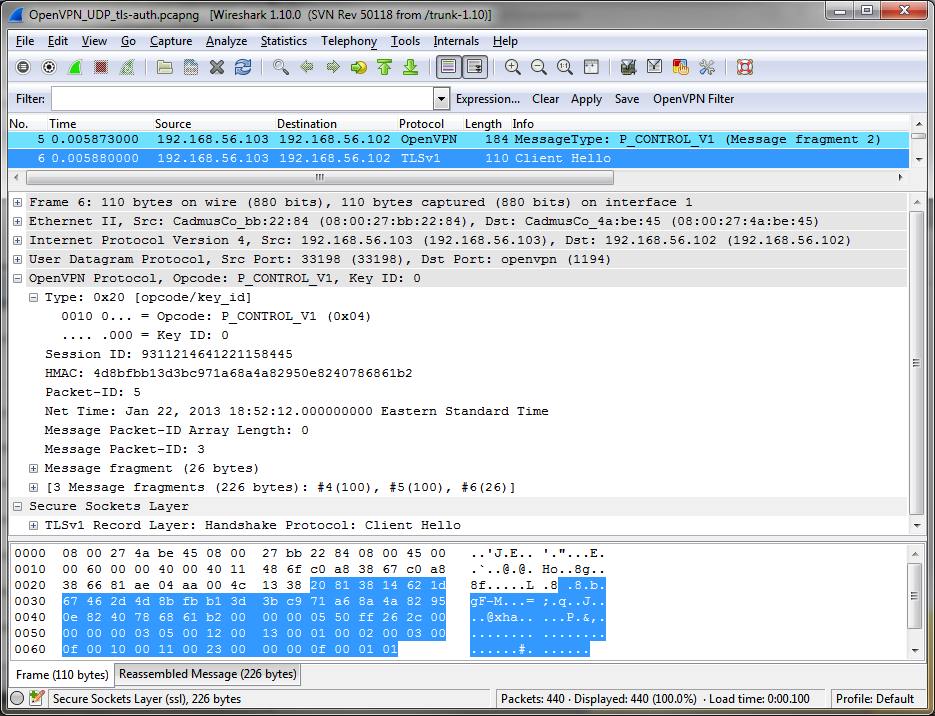 The OpenVPN dissector is fully functional and included with Wireshark as of version 1.10.0.

Show only the OpenVPN based traffic:

You cannot directly filter OpenVPN protocols while capturing. However, if you know the UDP or TCP port used (see above), you can filter on that one.

Capture only the openvpn traffic over the default port (1194):