To access the VoIP calls analysis use the menu entry "Telephony->VoIP Calls…". The current VoIP supported protocols are:

with the corresponding RTP streams.

See VOIPProtocolFamily for an overview of the used VoIP protocols.

To try out this dialog, a small capture file containing a VoIP call can be found at SampleCaptures/rtp_example.raw.gz which contains an example H323 call including H225, H245, RTP and RTCP packets. 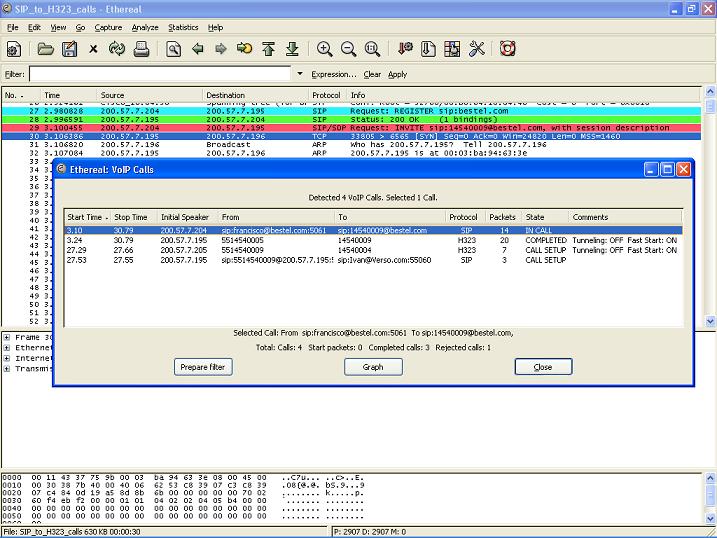 The VoIP calls list shows the following information per call:

To prepare a filter for a particular call, just select the desired call and press "Prepare Filter" button. This will create a filter in the Main Wireshark windows to filter the packets related to this call. This is specially useful when you want to connect ISUP calls according to some CIC value. 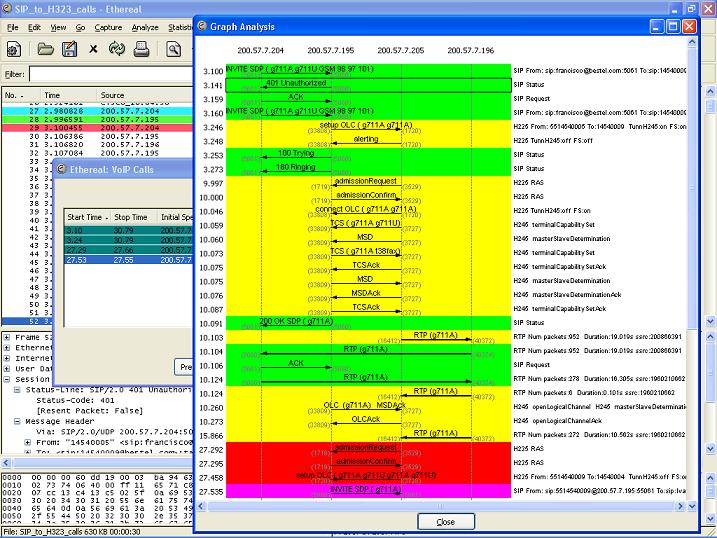 To Graph analysis one or multiple calls from the VoIP List, select them from the list and then press the "Graph" button.

The Graph will show the following information:

When clicking a packet in the Graph, the selected frame will be selected in the Main Wireshark window.

The codecs supported by Wireshark depend on the version of Wireshark you're using. The official builds contain all of the plugins maintained by the Wireshark developers, but custom/distribution builds might not include some of those codecs. To check your Wireshark follow this procedure:

To play the RTP audio stream of one or multiple calls from the VoIP List, select them from the list and then press the "Player" button:

You can now see all RTP streams available for the calls that you selected: 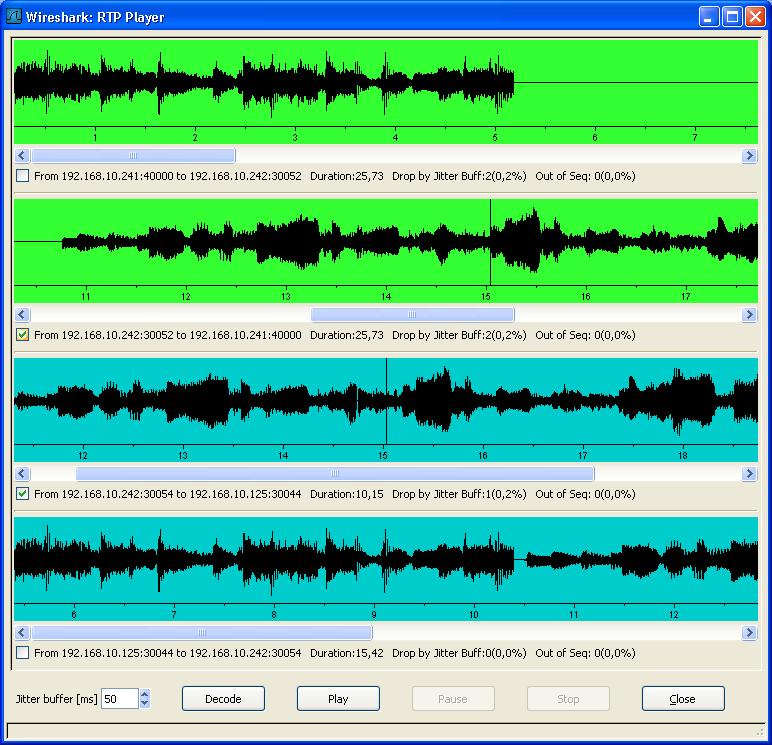 Pressing the "Play" button plays the RTP stream from within Wireshark. A progress bar indicates the position in the stream and is synchronized amongst all RTP streams that are played.

The file rtp_example.raw.gz didn't worked for me, you may try to play this capture file VoIP call instead: SampleCaptures/SIP_CALL_RTP_G711

I have some videos on how to analyze VoIP calls using Wireshark.