My interest in Networking was first raised when I started working for one of the first ISP's in The Netherlands (back in 1995). My L2/L3 knowlegde was gathered while working for a large bank. I then switched teams within that bank to manage their redundant internet gateway based on a loadbalanced firewall cluster, loadbalancers, ssl-offloaders, caches and proxies. In that time (2000) I started using Ethereal to troubleshoot problems within that environment. After my switch to a reseller, my skills developped towards bug-chasing and Ethereal/Wireshark has been an invaluable tool for me. I use it on a daily basis.

In february 2006 I wished to be able to filter on the "X-Forwarded-For:" http-header and joined the mailing-lists. First I wanted to ask for that functionality, but then I realised that I might be able to add it myself. Well, one thing led to another and after submitting a few of my own patches, I started working on bug-reports too. Resulting in being invited to the core development team in august 2007.

I live in The Netherlands near Amsterdam and have started the company SYN-bit in February 2010. SYN-bit specializes in troubleshooting services for Application Delivery Networks. Analyzing traffic flows to the bit level to solve design flaws, bugs. But also for exploring the best way to optimize application delivery. I also give training and do remote packet capture analysis

Feel free to contact me at: sake [at] SYN-bit [dot] nl

As I am more a networking person than a programmer, I mainly contribute by solving issues I encounter while working with Wireshark. I also submitted a few enhancements and solved some bugs reported by others. My development skills are growing, but for now I consider myself skilled at looking at what other people have built and improving, reusing and combining things to solve the issues I want to solve. 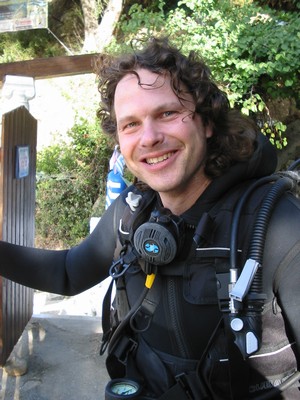