RTCP is used together with RTP e.g. for VoIP (see also VOIPProtocolFamily).

RTCP was first specified in RFC1889 which is obsoleted by RFC3550.

The RTCP dissector is fully functional.

* Try to decode RTCP outside of conversations. default OFF,

SampleCaptures/rtp_example.raw.gz (libpcap) A VoIP sample capture of a H323 call (including H225, H245, RTP and RTCP).

Show only the RTCP based traffic:

You cannot directly filter RTCP protocols while capturing. However, if you know the UDP port used (see above), you can filter on that one. 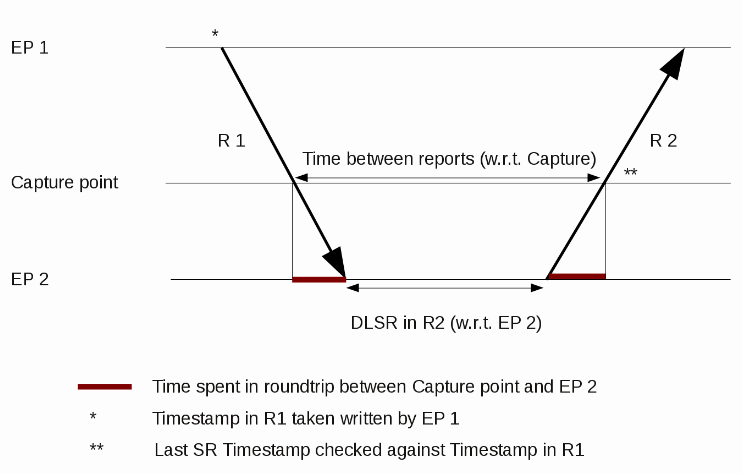 Mathematical background could be read in section I. and II.A) in paper Optimization of Large-Scale RTCP Feedback Reporting in Fixed and Mobile Networks

Further research and development of RTCP

I hope this is this an appropriate place to discuss possible enhancements to the Wireshark RTCP parser.