MongoDB bridges the gap between key-value stores (which are fast and highly scalable) and traditional RDBMS systems (which provide rich queries and deep functionality).

The Mongo Wire Protocol is a simple socket-based, request-response style protocol. Clients communicate with the database server through a regular TCP/IP socket. 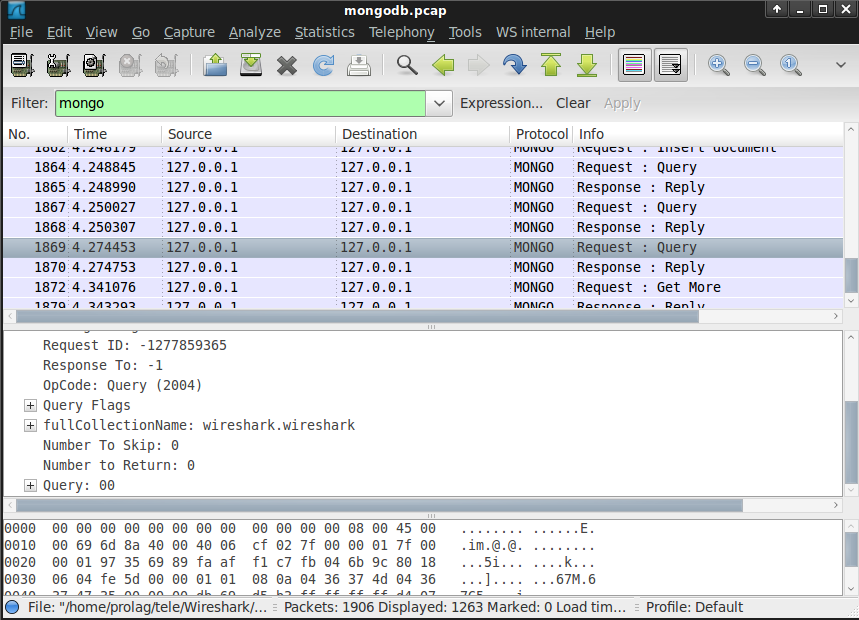 Show only the MONGO based traffic:

You cannot directly filter Mongo protocols while capturing. However, if you know the TCP port used (see above), you can filter on that one.

Capture only the Mongo traffic over the default port (27017):