The HART protocol is a global standard for sending and receiving digital information across analog wires between smart devices and control or monitoring systems. More recently, this protocol standard has been extended to include communication across wireless mesh network (WirelessHART) as well as IP networks (HART-IP).

The HART Protocol was developed in the mid-1980s by Rosemount Inc. In 1993, all rights in the protocol were transferred to the the HART Communication Foundation (HCF). The HART-IP extension of the protocol is not yet "official" and is in the balloting process (as of March 2012). 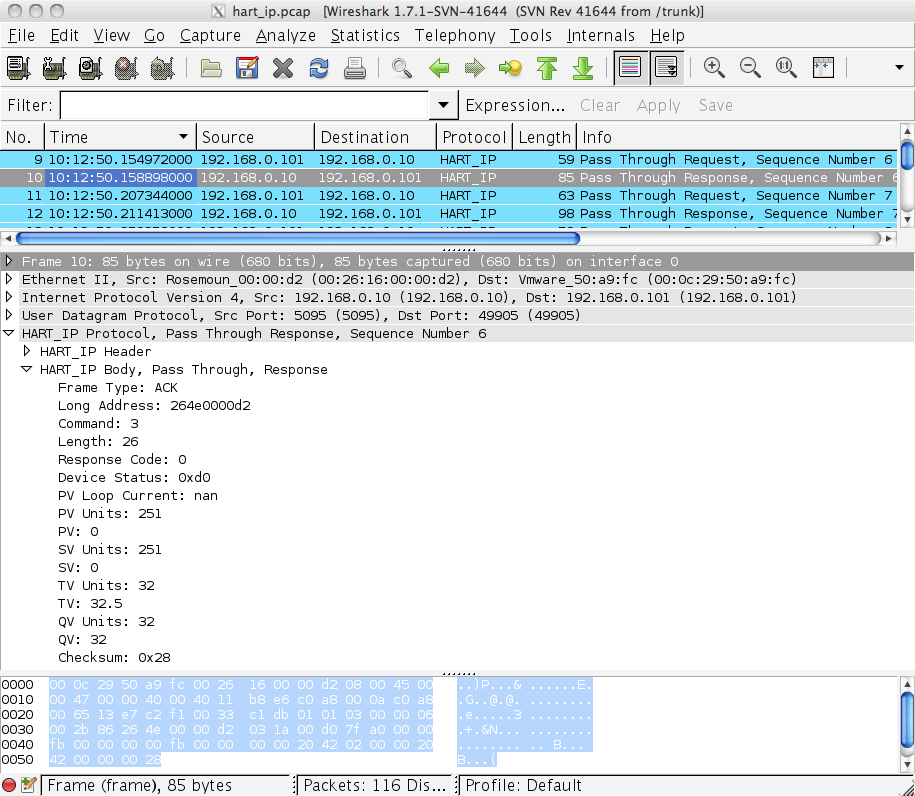 The HART-IP dissector is fully functional and includes support for protocol statistics.

Show only the HART-IP based traffic:

You cannot directly filter HART-IP protocols while capturing. However, if you know the TCP port used (see above), you can filter on that one.

Capture only the HART-IP traffic over the default port (5094):

Note that filtering similarly for UDP traffic is not very useful since port 5094 is only used for the first packet which is a session initiate.