CTDB is a protocol to implement a fast HA version of a clustered TDB database. It is primarily designed to be used as a scalable HA solution for Samba but has been successfully been demonstrated to provide read-write clustering of NFS and other services as well.

CTDB is the main component to provide a fast and scalable load-sharing read-write CIFS cluster when combined with a specially modified version of Samba.

CTDB was primarily developed as an initial production version in 2007, although there had been other works done on CTDB prior.

CTDB uses TCP or Infiniband as its cluster interconnect protocol. 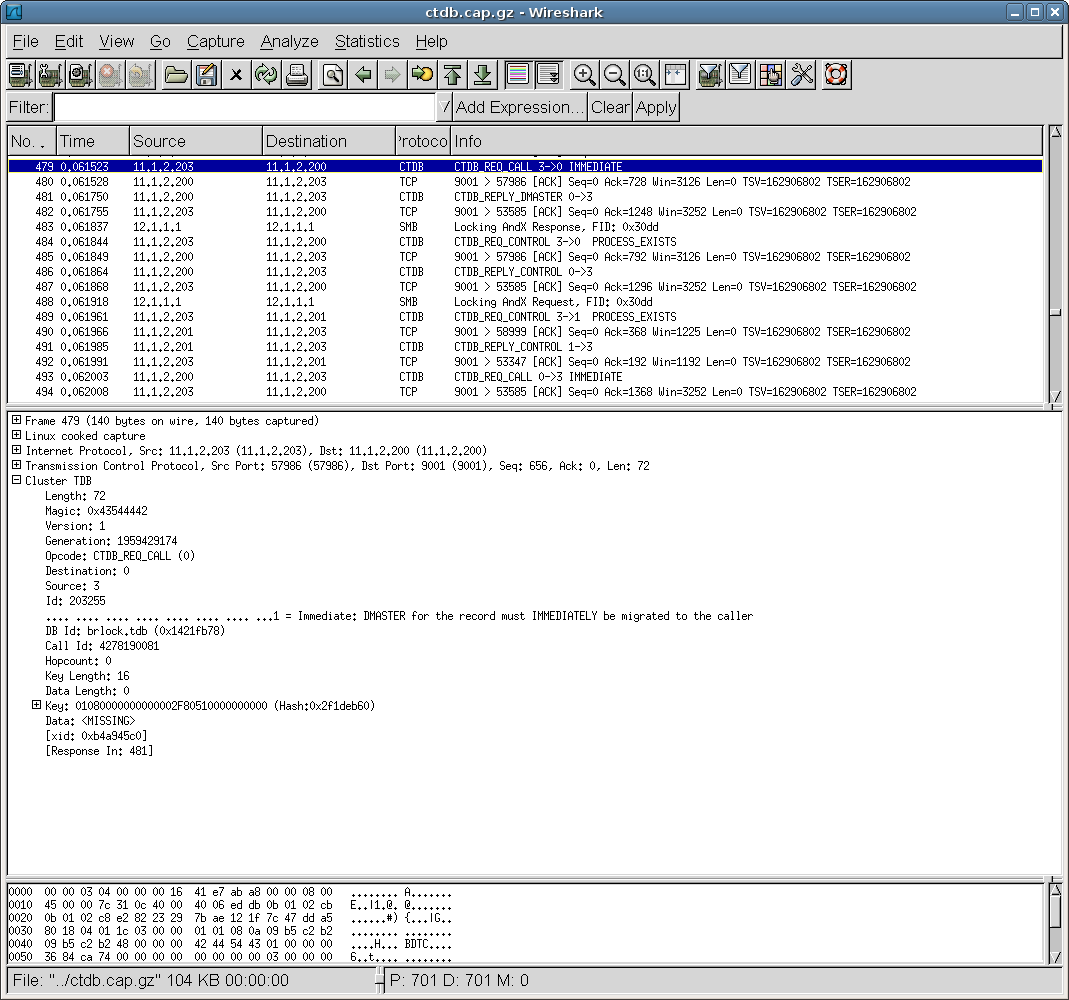 The CTDB dissector is fully functional.

There are no preference settings for CTDB.

Show only the CTDB based traffic :