The Common Image Generator Interface (CIGI), pronounced [sɪgi] or sig ee, is an interface designed to promote a standard way for a host device to communicate with an image generator (IG) in the simulation industry.

In the past most image generators provided their own proprietary interface so that every host had to implement this interface. Changing image generators was a costly ordeal; CIGI was created to standardize the interface between the host and the image generator so that little modification would be needed to switch image generators. The CIGI initiative is largely lead by The Boeing Company. 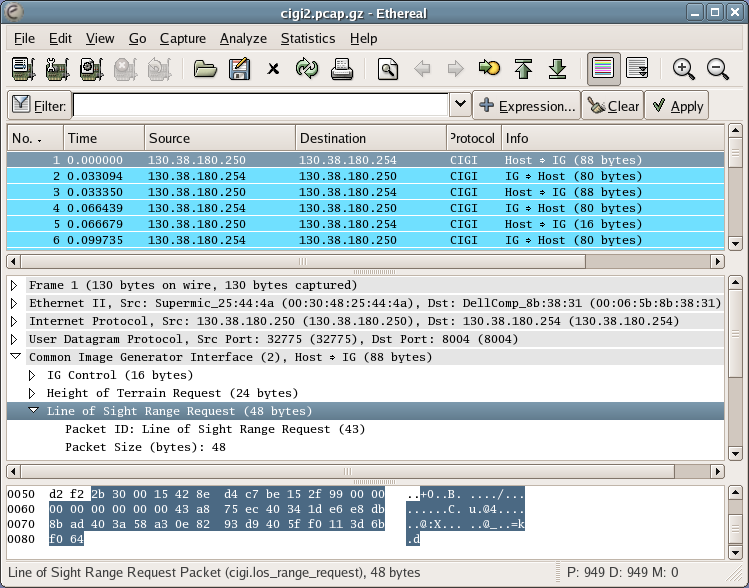 The CIGI dissector is fully functional for CIGI version 2 and 3. Version 1 is not yet implemented.

The CIGI dissector in Wireshark allows CIGI packets to be dissected differently based on the following settings.

Show only the CIGI based traffic:

You cannot directly filter CIGI protocols while capturing. However, if you know the UDP port used (see above), you can filter on that one.

Capture only the CIGI traffic over the port 8004: